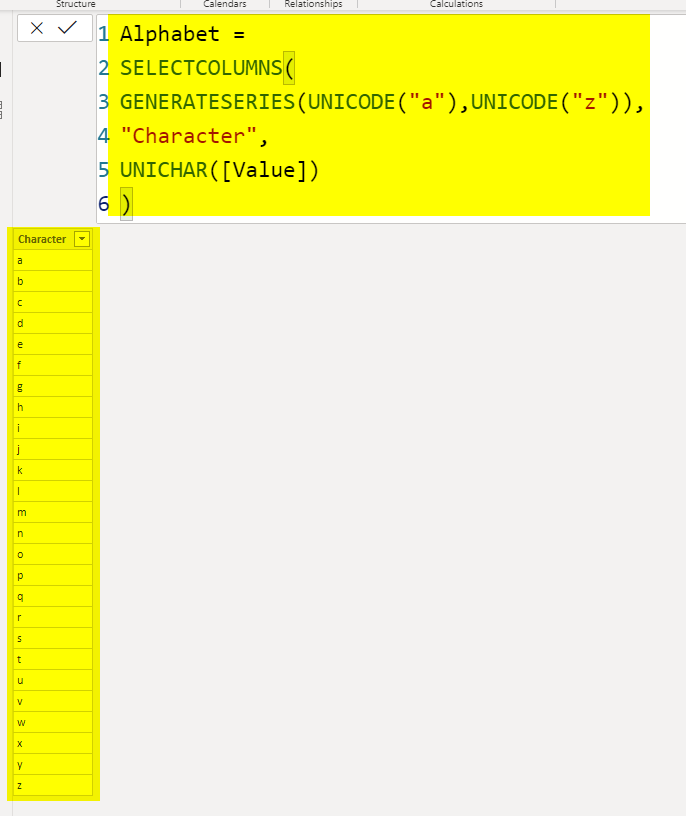 I have explained previously that you can use GenerateSeries function in DAX to create a list of number, date or time, or even currency values. However, sometimes you might need to create a list of text values. Such as alphabet; from “a” to “z” lowercase, or uppercase. The good news is that you can do that with GenerateSeries also, but with a little trick. Let’s see how it works.

I explained previously that you can create a calculated table in Power BI using DAX expression such as below, and get the result as a one-column table;

You can use GenerateSeries to create a list of dates, times, and currency values too, to learn more about it check out this article.

UNICODE: Returns the Code of the Character

You cannot use GenerateSeries to create a list of characters, unfortunately. so an expression like below would give you an error; “The arguments in GenerateSeries function must be of a numeric or date/time type”.

However, the trick is that every character has a numeric code assign to it in the Unicode world. the UNICODE function will give you the code of that character:

Which is the numeric code for character “a”.

Another good news is that these characters generate codes in the same order. so character “b” is code 98.

So, now you can simply create a table like this:

and you will have the list of all codes in one place: 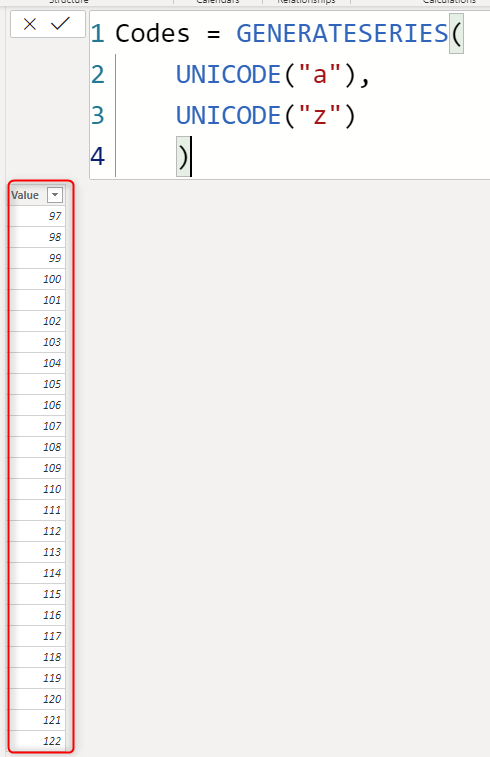 UNICHAR: Returns the Character of the Code

For example, the expression below;

As a measure, returns the character “a”;

Now, the last step is to convert the list of Codes to a list of characters, can be done using a SelectColumns function and UNICHAR function combined as below;

and here is the result which is the list from “a” to “z”;

You can modify the expression a bit and get a list of all basic Latin characters like this: 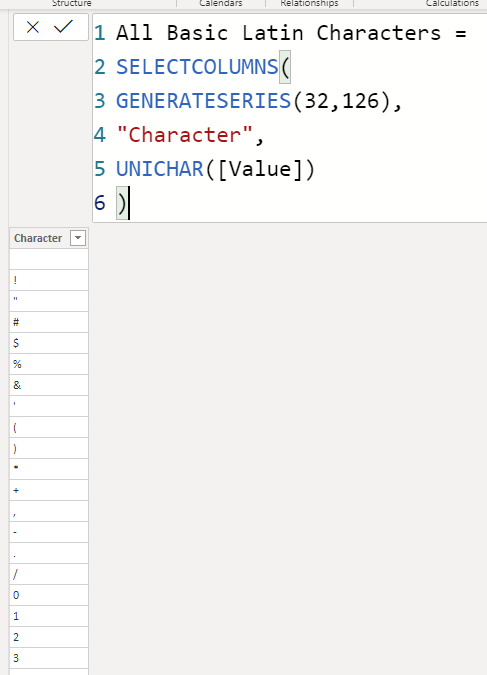 Or even more characters. use the list of characters mentioned here as a reference.

Power BI What If Parameter for Getting the Sales of X months ago: Use Case Scenario

Caution When Using Variables in DAX and Power BI