Using dynamic t-sql is one of the good abilities in SQL Server, and there are times which you need to do this in SSIS.

In this post I’ll describe the problem of OLE DB Command with dynamic t-sql, and propose two solution to do this with other transformations or tasks.

First of all let’s explain the scenario exactly,

Suppose you have a data stream with some data rows, for example these data rows:

and suppose you have a stored procedure as below:

In this procedure a varchar variable will generate a dynamic alter sql command and then run it with exec, so this is dynamic t-sql. and this will add a new column for each [Name] Column per data flow rows, Don’t ask me what is usage of such thing, this is just a sample of dynamic t-sql for showing how you can work with it, don’t think about logic now!

So suppose you want to add a column per each [Name] in data stream to the [log] table in sql server database. [log] table is a simple database table with this structure:

After defining the scenario, your first stop to do this will be OLE DB Command probably because OLE DB Command designed to run sql statements per each data row in data flow,

If you add an oledb command and write this query in sql statement property of it:

Now whenever you go to the Column Mappings tab of OLE DB Command , you will get an error: 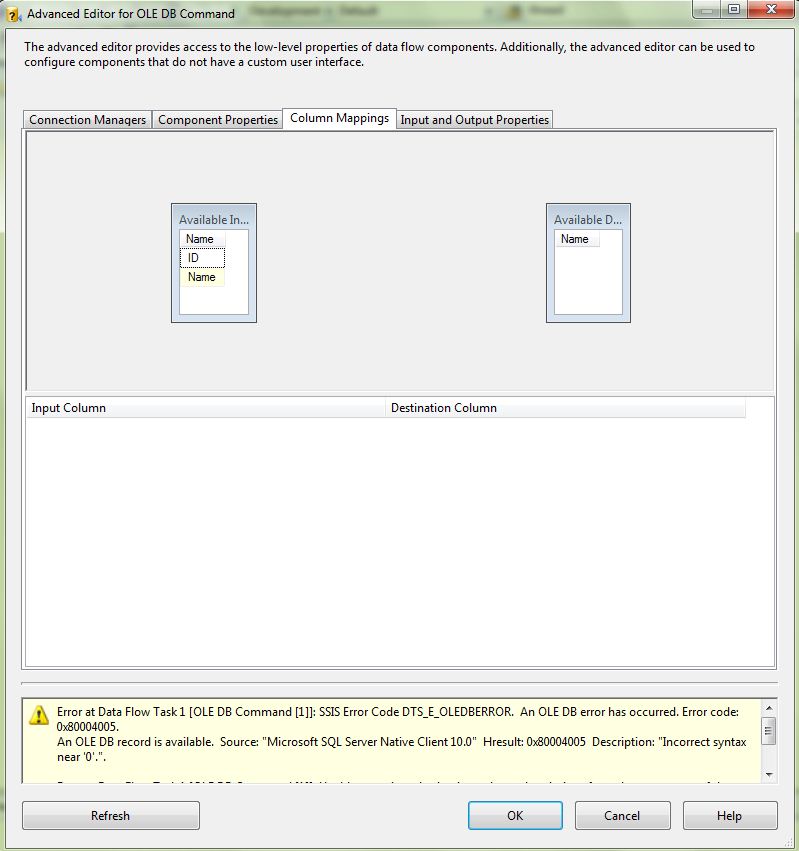 So as you see the OLE DB Command has problem with dynamic t-sql,

So I propose two Solution in this case to do run dynamic t-sql in SSIS:

In this solution you can add a script component instead of OLE DB Command to run the dynamic t-sql.

So add a script component as destination, 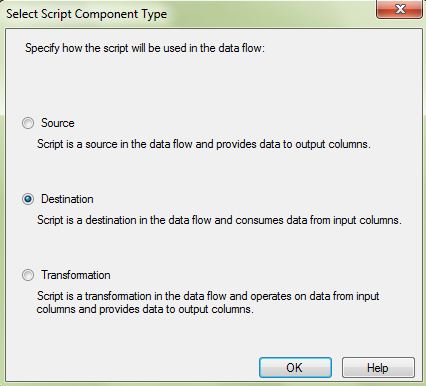 and check the [Name] column in the input columns 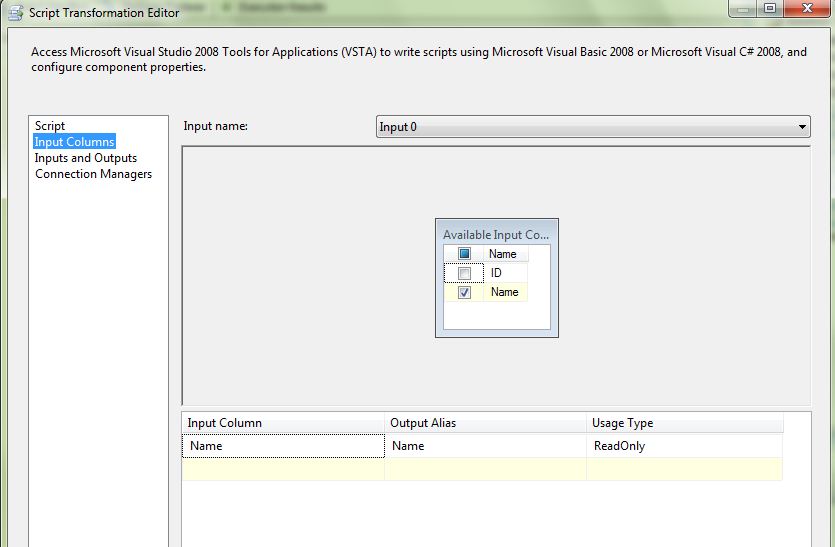 Now go to script tab, and click on Edit Script ( in this sample I used SSIS 2008 which accept C# language ),

and write this code in the Input0_ProcessInputRow method to run the stored procedure:

This code will acquire the connection manager first and then convert it to System.Data.SqlClient.SqlConnection  object, and then run a SqlCommand with it, the [Name] column set as input parameter to the sql statement.

Now save the script and Click OK, and run the package, everything will work fine.

this is the data flow schema: 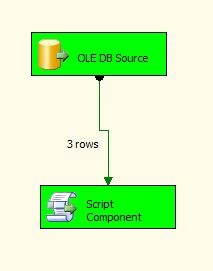 The Execute SQL Task hasn’t any problem with dynamic t-sql in the other hand. so you can use it as a solution, but as you want to run this statement based on all records in data stream, you should load data stream into an Object type variable with a RecordSet Destination , and then loop through the object variable with Foreach loop, and then execute command in Execute sql task.

Add a package scope variable of Object type, and name it as DataStream .

Add another package scope variable of string type, and name it as Name. 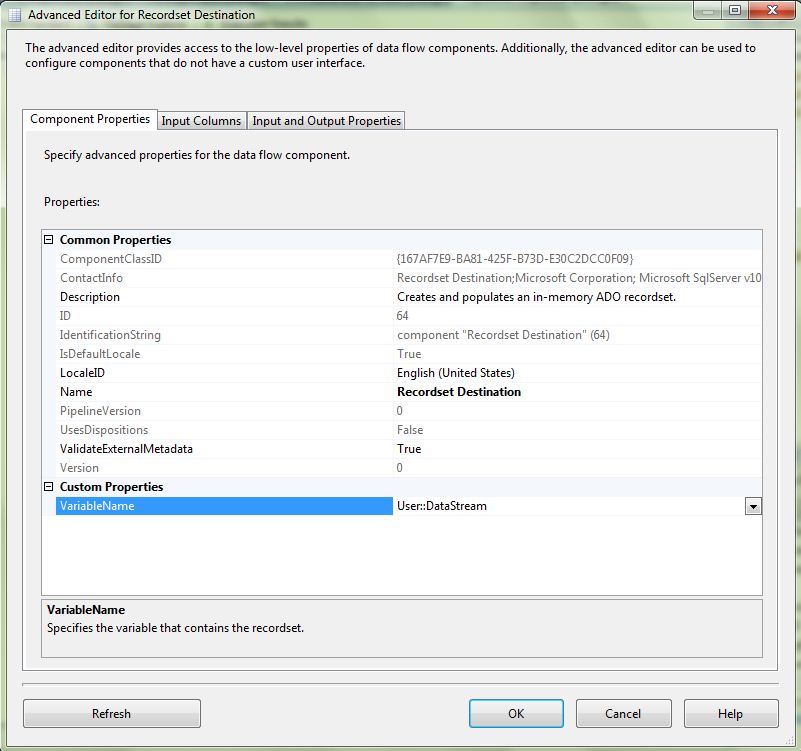 and in the Input Column tab, check the Name column 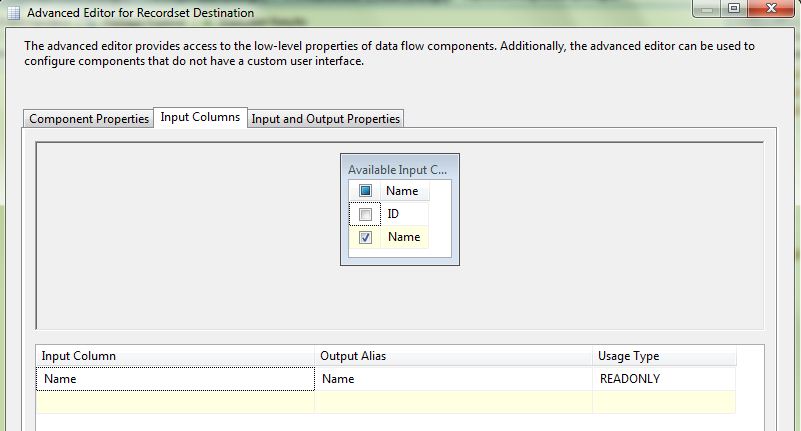 this is full schema of Data flow: 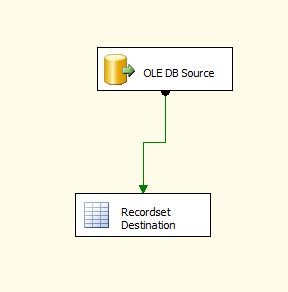 Now go to Control Flow , and add a Foreach Loop Container after the Data flow task,

In the Foreach Loop Container, set enumerator as ADO Enumerator, and set source variable as DataStream 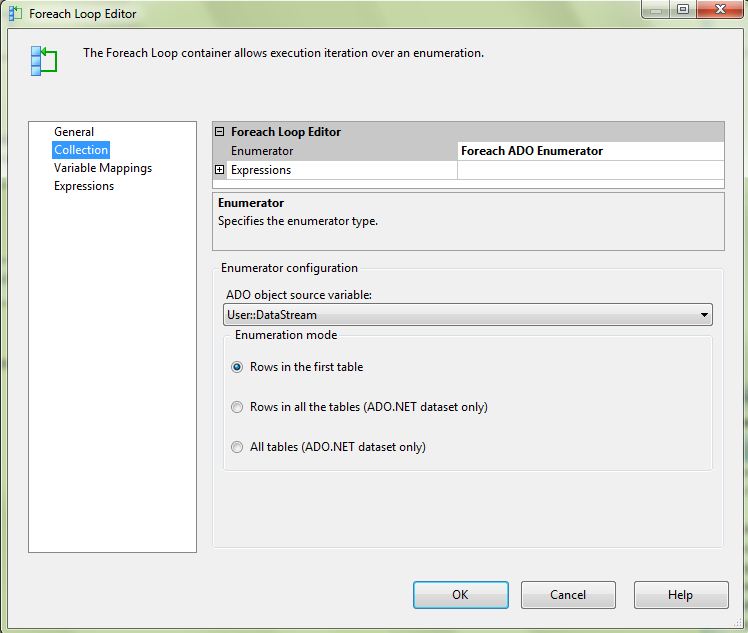 then in variable mappings tab, add Name variable with index 0 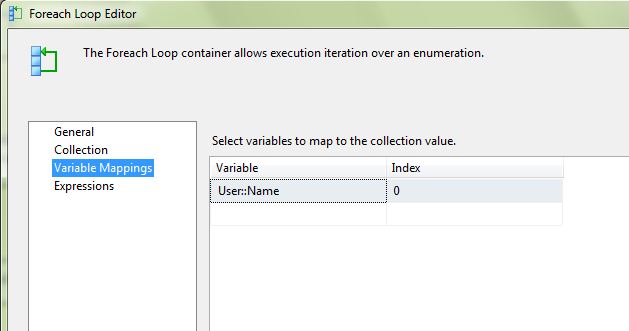 set the OLEDB Connection there, and write sql statement in the SQLstatement property: 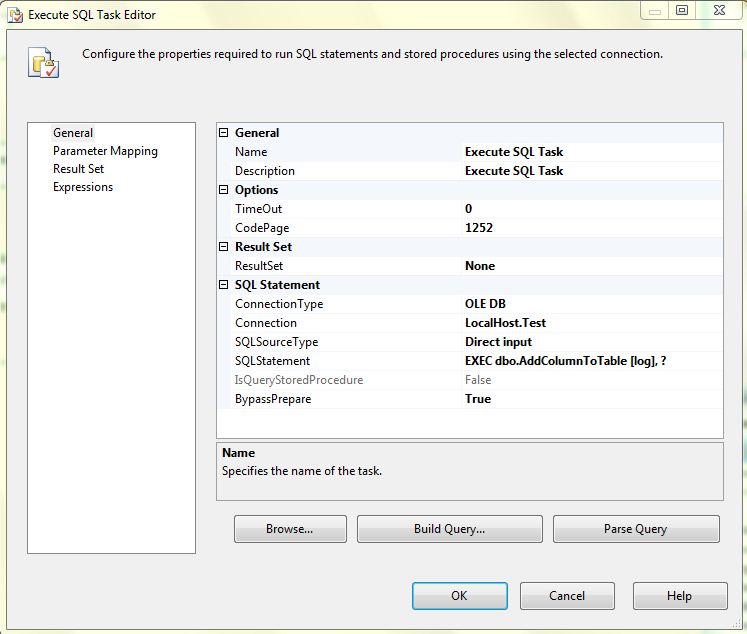 Then go to parameter mappings tab, and add a parameter with variable as Name, and parameter name as 0 ( this is based on OLEDB Connection manager)

Now run the package, this is schema of Control Flow: 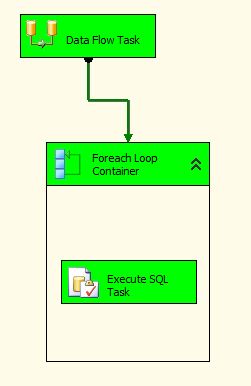 after running the package, columns will be add to the [log] table as below: