there are many usages like validation a text against a pattern or find appropriate parts of text with defined patterns which can be solved with Regular Expressions.

To find out more about Regular Expressions read here.

Today I find a simple case of such things in SSIS, SSIS will act great if combined with Regular Expressions.

Consider a case when Input column has values like this:

Desired output is to fetch out just date part like this:

Suppose we have a text file which contains source data,

after the source add a Script Component as Transformation and set the Col1 as Input Column, and create new output columns of type DT_STR, name this as OutputCleansed 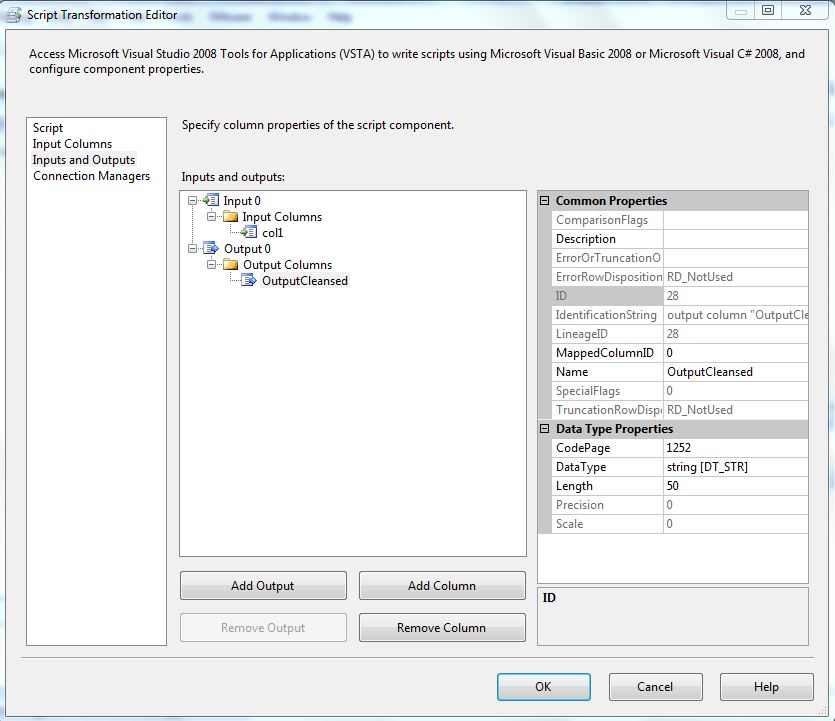 then Set language as C#, and Edit script, write this script to apply the Regular Expression to input column’s data as below:

Note that for using Regular Expressions in Script you need to add this using part :

After the Script Component add a destination, and add a Data Viewer.

this is a sample of desired output fetched by Script Component resorting Regular Expressions: 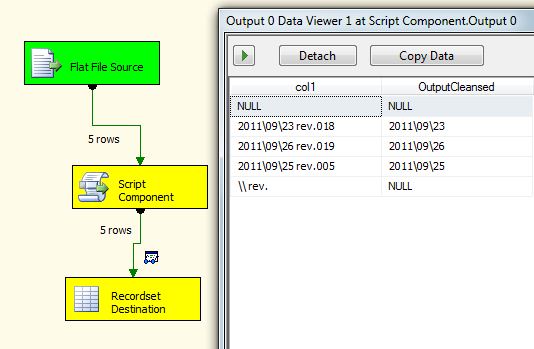