There are lots of links which described how to UPSERT( Update / Insert ) between two SQL Server tables. which mostly used Lookup

But when you work with MySQL there is a limitation, you can not use OLEDB Connections, you can use ODBC or ADO.NET Connectors from

So, How you can UPSERT with MySQL Tables? You will face problem with Lookup transform because you have no OLEDB Connection to mysql,

and you can not use OLEDB Command on the other side.

This is a solution for Upsert ( Update/Insert) with MySQL table:
(Note that in this solution Cache connection manager used which is only available in SSIS 2008)

and Structure of MySQL table is:

There are three steps as follows,
First Step:

Add a data flow task to control flow, name it as "Fill Cache Component"
Add an ADO.NET Source which pointing to the MySQL Table.
For finding how to create connection from SSIS to MySQL look at this article:
http://blogs.msdn.com/b/mattm/archive/2008/03/03/connecting-to-mysql-from-ssis.aspx 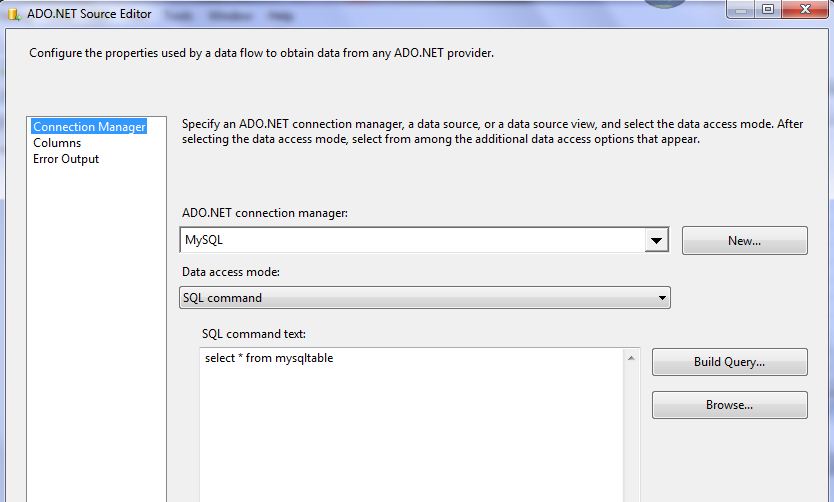 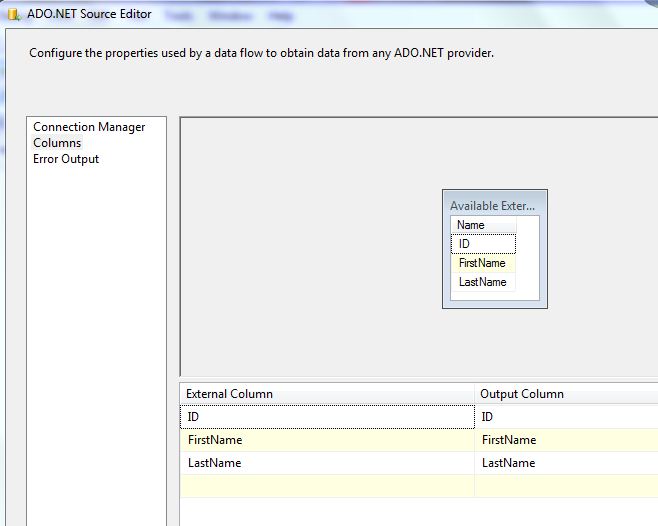 Then add a Cache Transform and connect data path ( green arrow ) from ado.net source to this cache transform. 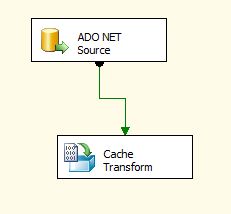 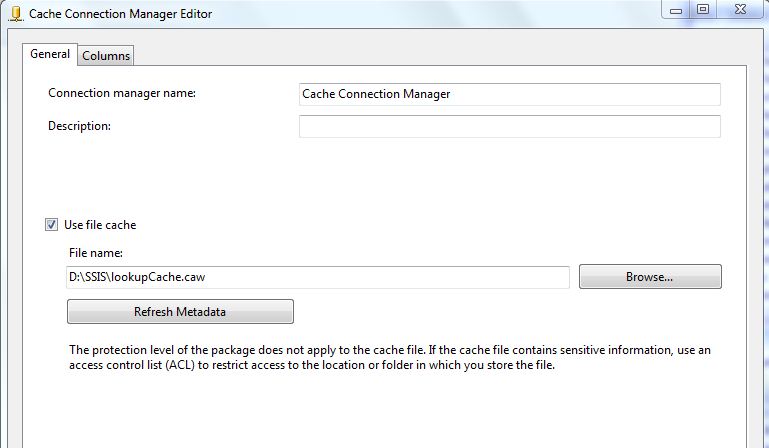 In the columns tab, set PK of mysql table as index ( set index position as 1 ),then OK. 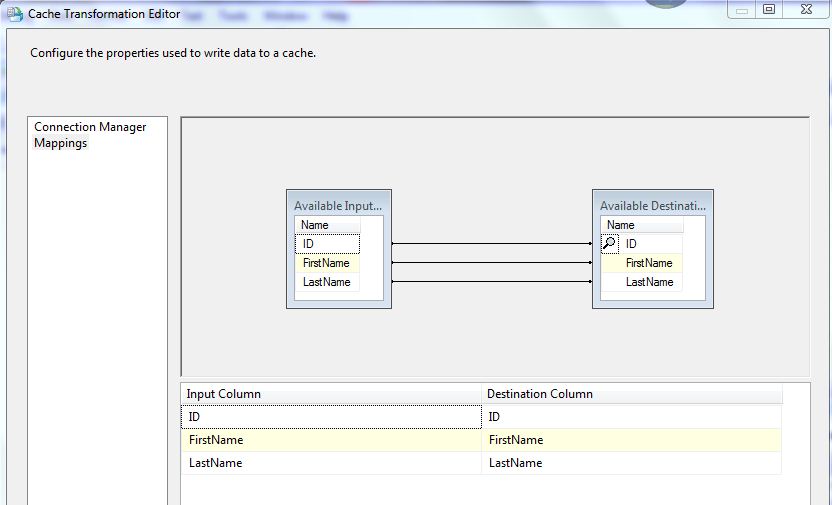 The first step fills Cache file with data from MySQL Table ( Which is lookup table ). 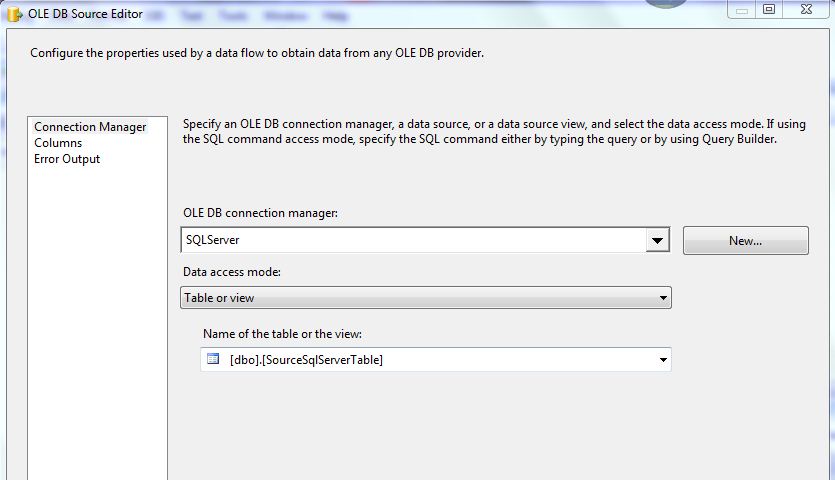 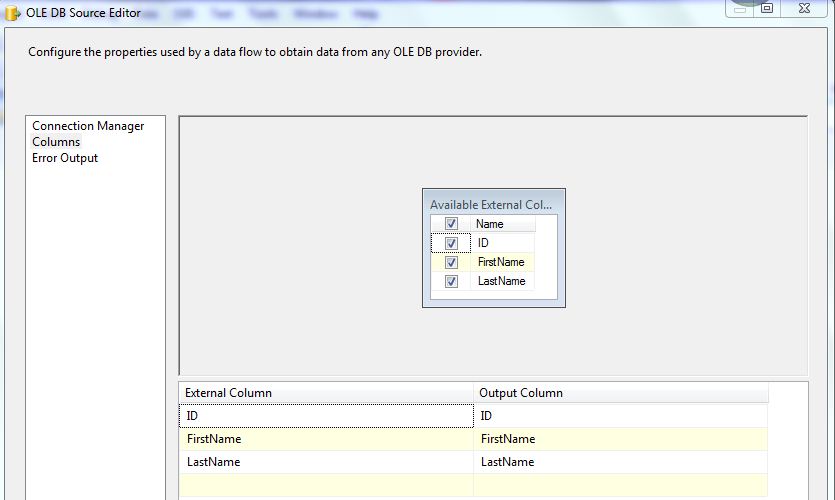 Then add a Lookup transform, connect green arrow from oledb source to lookup.
Then double click on lookup, and in lookup transformation editor,
Set Connection Type as "Cache Connection manager".
And set "specify how to handle rows with no match entries" with "redirect no match rows to no match output". 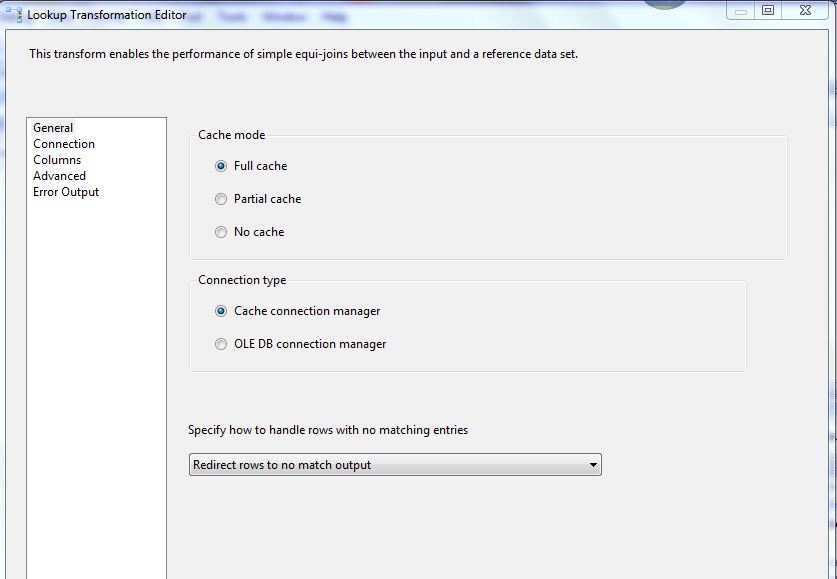 Then in connection tab, select cache connection manager from the drop down list. 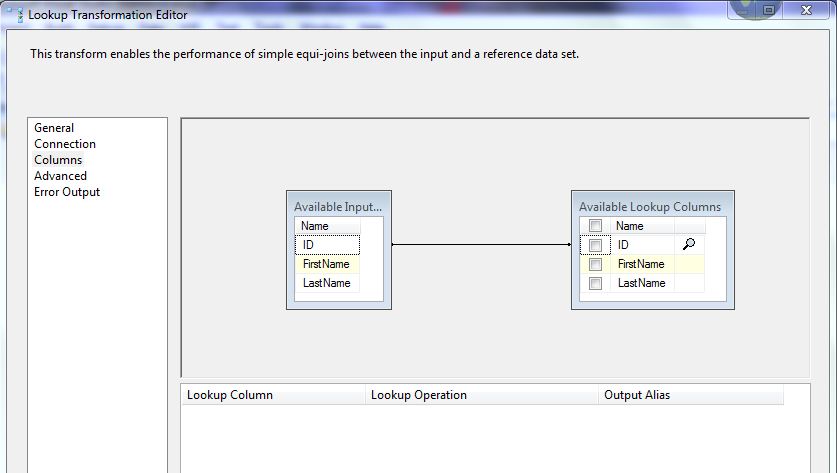 Add an ado.net Destination pointing to the MySQL database, and map columns. 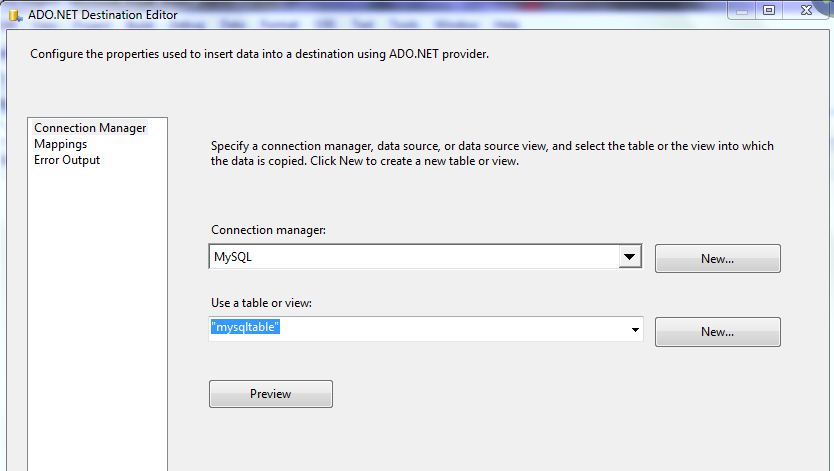 This will do INSERT part of UPSERT.
Add a RecordSet Destination, and double click on it, in Component properties tab, set VariableName with User::UpdatedRows. 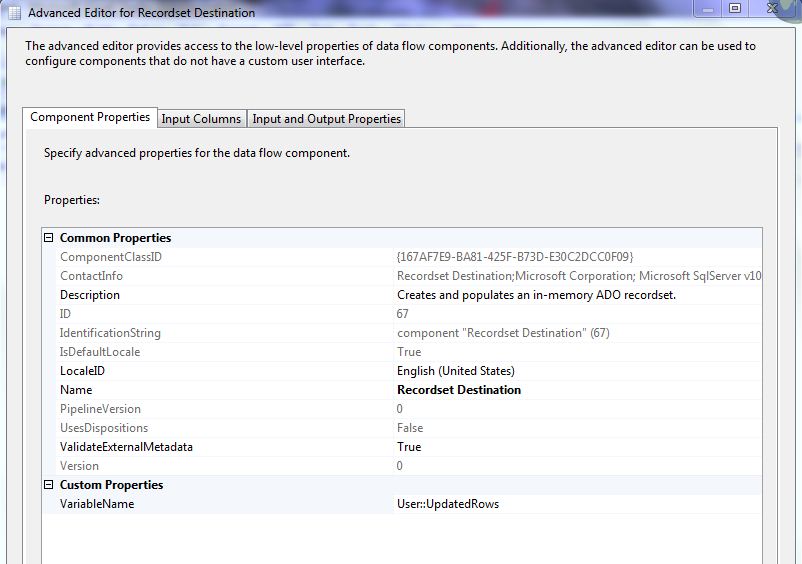 In the second step you INSERT new rows in MySQL table, and fills UpdatedRows to an object datatype variable.
This is whole schema of this second Data flow task: 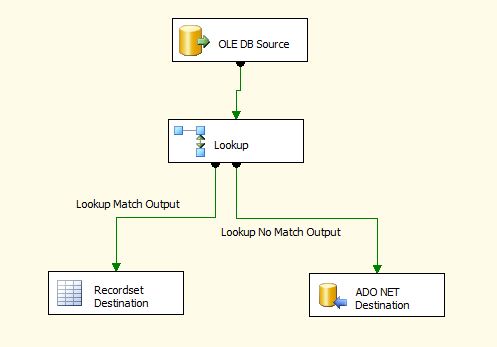 Go back to control flow,
Create these Variables: 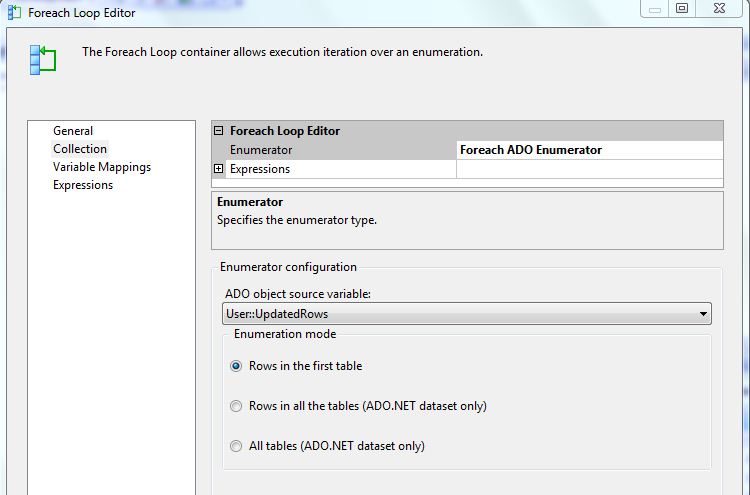 Then in Variable mappings tab, do these mappings:

Then add an execute sql task inside foreach loop container,
And set connection to MySQL database there,
Write update command in SQLStatement property,as below: 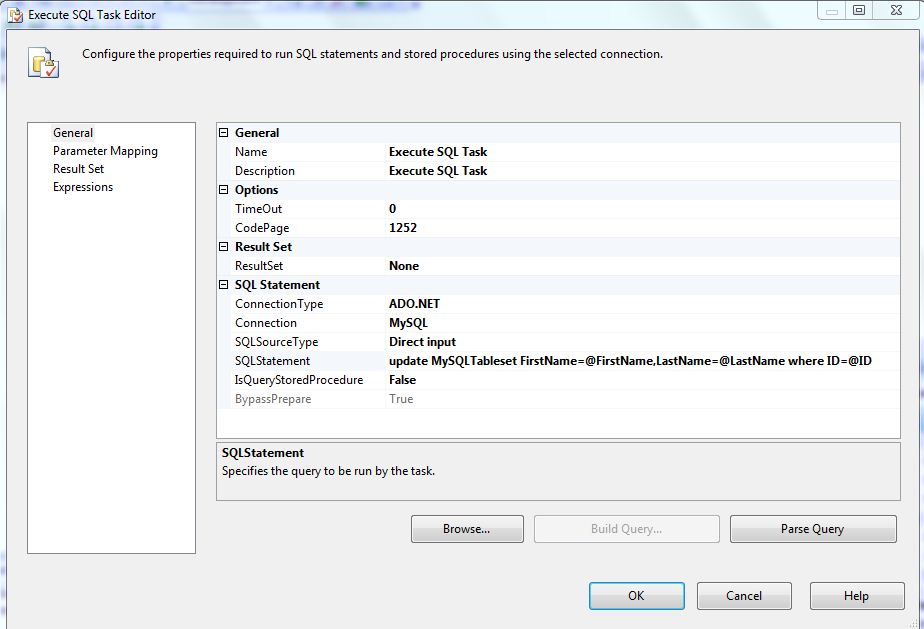 Then in Parameter mappings tab, do these mappings:

That’s all, this is the whole schema of package: 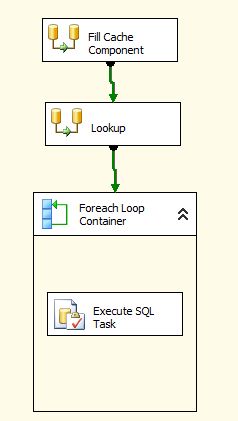 Now run the package, and result in MySQL table after Upsert will be: