Create a directory based on each year in a specified path, and
then create a flat file named with compound of year and month based on a
template file. You need to transfer some data into this flat file from a
source.

The above scenario is a usual scenario when you work with
flat files,

for example creating mainframe files. Challenges in this scenario are:

I suppose that you know everything about File System Task
and you can use it in a SSIS package correctly.

Two challenges above solved by: 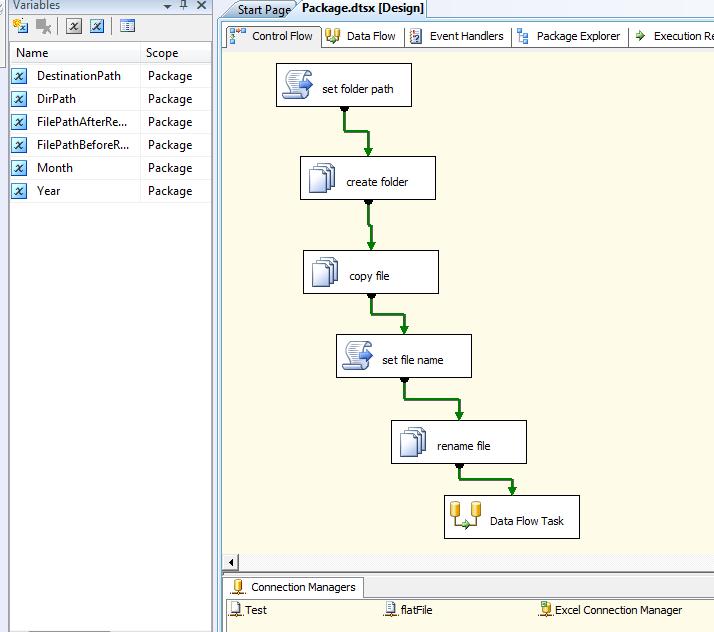